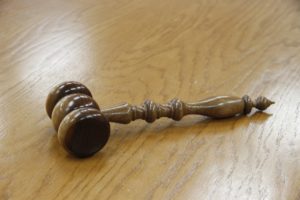 Sometimes it pays not to be a New Yorker. A recent change to New York’s Civil Practice Law and Rules will benefit non-New York residents. The new law allows a party to obtain a judgment by confession, allowing the other party to admit they’re indebted for a sum of money and agreeing that a judgment can be entered against the signor. There’s no need to sue; skip the debt collection litigation and go straight to judgment.

Before the law changed, anyone could request a judgment by confession. Neither party needs to have a connection to New York — like a transaction, office, or a residence. Meaning some lenders and other creditors with no connection to New York were using the courts to get speedy judgments. These were obtained from both New Yorker and non-New Yorkers alike.

The sheer volume filed by a handful of creditors in New York courts were exhausting clerks in several state counties. This concern led to necessary change.

How Confession by Judgment Changes

The amendment — signed by the governor in early-June — limits but does not phase out judgments by confession.

The new law removes the clerk from issuing a judgment from a confession against an individual or business that didn’t reside in New York State.

With the exception of government agencies and resident-based businesses, no other non-New York residents can receive a judgment by confession.

Although the governor’s actions will lower the overall number of judgments by confession in the state, there is a missed revenue opportunity. The courts have not yet imposed a requirement that a creditor or lender must be authorized to do business, have an office, or be resident in the state to obtain and enforce a judgment by confession obtained by a New York resident.

That means out-of-state creditors without a license or requirement to pay taxes in New York State are still using the courts without “paying” for the privilege.

To learn more about debt collection in New York, reach out to Frank, Frank, Goldstein & Nager for a consult.