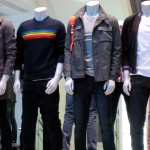 The word on the streets of New York and Korea was that our client’s customer was notoriously slow to pay their vendors. Our client, a Korean manufacturing company, was owed $429,000.00 and did not want to wait to be paid. They contacted our New York business debt collection law firm to handle the claim.


Both our client and the debtor have offices in New York and Korea. In order to expedite and maximize the amount of payment, our client sued the debtor in New York Supreme Court. The debtor, in disbelief, did absolutely nothing to defend the case.

Once judgment was entered, we were able to restrain the debtor’s merchant account maintained with the debtor’s financer. The financer lent the debtor close to a million dollars and was holding hundreds of thousands of dollars in inventory. The financer postponed calling in their defaulted loan because they believed the debtor had the ability to sell the inventory at a vast mark up. This would have brought tremendous profit to the debtor and the financer, repaying the entire loan.

Had our client sat back and waited for the debtor to pay them, chances are, they would have received very little, if anything.

Don’t sit back, take action. Let us help you. Call this New York City business debt collection litigator to be the first to get paid.