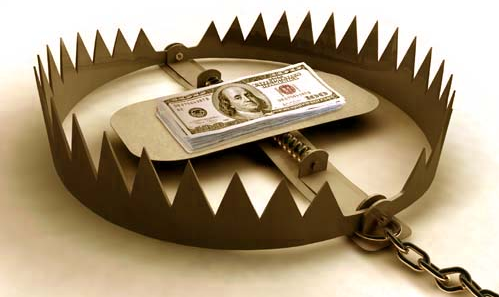 Has your employee come to you seeking a loan until the next paycheck?  Are you rendering a service in advance secured by a postdated check which includes a finance fee payable within a short time? If so, you should know that these are clear examples of payday loans.

If you are making these types of loans to New York consumers, you better reconsider.

What is a payday loan?

Loans that are relatively small, lent at a high rate of interest, typically due in two weeks or until the borrower received their next paycheck, secured by a borrower’s post-dated check or access to the borrower’s bank account as collateral.

According to the Department of Financial Services payday loans are illegal for the following reasons:

Consumer advocates and lawmakers are urging low-income consumers to avoid payday loan” In an attempt to ”Stop Payday Debt Traps” the Consumer Financial Protection Bureau imposed a requirement that  lenders must determine the financial ability of consumers  to repay the loans that require all or most of the debt to be paid back at once.

What if a loan had been made, can a debt collector help collect the loan?

Sorry, in New York the answer is NO.

It is illegal for a debt collector to collect or attempt to collect a payday loan in New York State.

How can you collect on a loan resembling a payday loan?

The law is not favorable to lenders and the mere resemblance of a short-term loan as a payday loan will reflect poorly on the lender. If you believe the loan was not a “payday loan” and have not been paid, it may be best bringing a claim for non-payment in small claims Court.

If you are seeking to collect monies from a non-paying borrower or client and need help or simply need advice, contact FFGN.

We have the experience that pays…………….