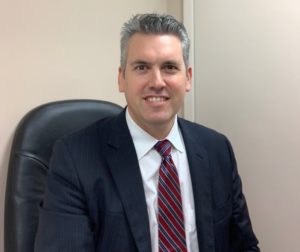 Admitted to the New York and New Jersey Bar, Jared has expanded the firm’s breadth of coverage to include New Jersey. He provides additional value and service to FFGN’s client base while affording the clients of his collection practice, Jared P. Turman, PLLC, the additional resources of FFGN.

Admitted in both states since 2006, Jared has successfully litigated debt collection claims on behalf of creditors and debtors alike at mediation, arbitration, trial and especially motion practice to obtain and vacate judgments in both jurisdictions.

With a foothold in commercial debt litigation, Jared is well versed in commercial paper law under the Uniform Commercial Code. He is also admitted in the Eastern and Southern Districts of New York and the District of New Jersey of the Federal Court system.

A native of Long Island, Jared graduated the University of Wisconsin with a Bachelor of Business Administration Degree in Accounting in 2001. He obtained his Juris Doctor in 2005 at Hofstra University School of Law.

Jared lives on Long Island with his wife and two children. He is a longtime follower of Mets baseball, Islanders hockey, and Wisconsin football.