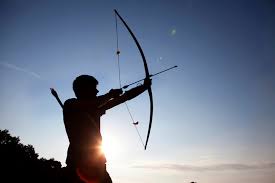 A release is exactly what it sounds like… A release from responsibility. Immunity from specifically laid out terms.

A properly executed release will release a party from any liability whatsoever. That includes up to (and including) the date the release was executed.

If you don’t want to waive your client’s liability, do NOT sign a general release.

When signing a release, the release should be restrictive — specifically limited to the transactions currently being settled or resolved. If the release does not specifically state that it is limited in any way, then it is considered a general release.

Releases can affect debt collection in crippling ways, far beyond just reaching a deal or settlement. At FFGN, we’ve seen plenty of clients hindered by releases they had signed previously.

One client signed a release so that they could be paid. Shortly after finishing the job, but before they could move their equipment from the work site, a flood swept through and damaged much of their equipment beyond repair. Our client, through their general counsel, sued the customer to recover the value of their equipment and tools. The case was lost, however, because our client had signed away all liability.

Another client settled a claim with a debtor several years back. The deal was memorialized in a writing, which included a release. Our client released the debtor from any monies or debts owed, contingent upon the debtor paying a specific sum. Unfortunately, our client hadn’t realized that there were other outstanding balances which had not yet been billed. And, because of the release they signed, our client was unable to pursue any means of debt collection on those balances.

We also have a client in the stone and marble industry, who failed to notice that the balance stated in the release did not include any balances owed as a result of change orders. They too were precluded from pursuing those balances.

Although most releases are relatively straightforward, it’s better to play it safe and have the document prepared or reviewed by a collection attorney.