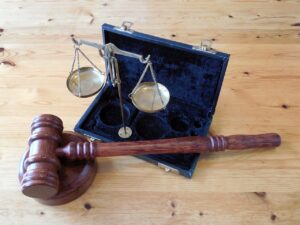 When calling a New York debt collection lawyer for help pursuing or defending a judgment obtained in New York or elsewhere, one of the top questions asked is whether the judgment was obtained on the merits or on default. The rationale behind the question is that when it comes to New York City, the distinction truly makes a difference.

What Is a Default Judgment?

Default judgments are obtained following the non-appearance of the debtor defendant. The default in failing to appear, answer a lawsuit, or appear at an arbitration can occur at the very beginning of the proceedings or at the end.

In New York, the timing of the default matters. Take, for example, a debtor that files an answer and defends an out-of-state lawsuit. Although they appeared during the initial litigation, they ultimately stopped doing so. Now, the creditor is now looking to forward the California judgment to New York for domestication. If the debtor never appeared in the case, New York would require a lawsuit to convert, or domesticate, the judgment. Because the debtor initially appeared in the case, the creditor need not sue on the judgment.  They can go ahead and domesticate the judgment by following an easier and quicker procedure.

What Is a Judgment Obtained on the Merits?

A judgment is obtained on the merits when the defendant responds to the lawsuit or arbitration filed by the creditor and the dispute is adjudicated by the court either through a trial or hearing.

If you sued a company and judgment was awarded after the defendant’s default, the defendant could make an application to vacate the judgment for a number of reasons. This could include alleging that they weren’t properly served with the original complaint or that there are meritorious defenses to the complaint that the court should consider.

However, if a judgment was obtained on the merits, a debtor would need to appeal to have a chance at possibly vacating a judgment.

How Does the Difference Apply in New York State Debt Collection?

For purposes of debt collection, New York judgments grant the same rights of enforcement for the judgment creditor, whether entered on default or on the merits, with a few caveats.

First, as stated above, a judgment debtor could make a motion to vacate a default judgment in the middle of enforcement based on a reasonable excuse for failing to answer the complaint or based upon meritorious defense(s). If such an application included a stay of proceedings, this would halt enforcement of the judgment until the motion is ruled upon by a judge. However, a judgment obtained on the merits would not face this issue. Note, either judgment could face appeal in the appellate courts. A stay of the proceedings in an appeal would only occur if the defendant posted a bond with the appellate court for the amount of the judgment until the appeal was concluded and ruled upon.

Second, if you have a judgment from another state that was entered on the merits, in order to domesticate the judgment in New York, the courts only require the plaintiff to docket an exemplified copy of the sister state’s judgment and then notify the defendant that the judgment is being filed with the court.  A sister state default judgment, on the other hand, requires the plaintiff to sue on the sister state judgment, through either a summons and complaint or a summons with notice of motion for summary judgment.

The distinction would not apply to federal court judgments. Federal court judgments obtained in any district can be registered here in New York federal court to be converted into a New York State judgment.  All that is required is the purchase of an abstract of judgment in the federal court, the equivalent of a transcript of judgment in the state court.  The abstract would then be filed in the county clerk’s office where the defendant is located. This would deem the federal judgment converted to a New York state judgment. A New York attorney could then proceed to enforce the Judgment as it would any New York judgment.

Regardless of whether obtained on the merits or on default, a judgment entered in New York is enforceable. If you are looking to enforce or vacate a judgment or wish to know more about obtaining a judgment, contact Frank, Frank, Goldstein and Nager.