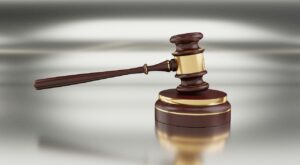 Effective January 1, 2022, the jurisdictional limit of the New York civil courts will increase from $25,000 to $50,000. On its face, the availability of a lower-cost court to adjudicate claims which fall within the $25,000 to $50,000 sounds appealing. The cost outlay is significantly lower in the civil court compared to the supreme court. For example, the initial fee for an index number in the supreme court is $210 whereas it is $45 for commercial claims and $140 for consumer credit transactions in civil court. In order for a case to be assigned to a judge in the supreme court the fee is $95 whereas, in the civil court, there is no fee. But aside from the difference in cost advance, is the increase of the monetary limit in the civil courts good for creditors bringing debt collection claims in the New York state courts?

The ballot proposal, which passed in November, was touted to adjust for inflation and to assist an already overburdened New York supreme court. (The previous increase in 1983 raised the jurisdictional limit from $10,000 to $25,000.)

The change is thought by many to allow easier and fairer access to individuals wishing to represent themselves in the court system. But, is that the case or, does the change fail to deliver and actually hinder the efforts of those seeking to use the New York civil court?

There is a huge delay and backup of civil court cases in almost all five New York City boroughs. Take for example New York Civil (Manhattan), where creditors who waited nine months for judgments pre-pandemic now find themselves with an 18-24 month wait. That’s for a judgment, a document entitling the party to then seek payment to satisfy the money judgment through enforcement. For claims requiring trial, waiting for trial on a case filed in Civil Queens, you may wait for up to three years. And, if the case is not settled before or at trial and you win at trial, tack on another year or two to wait for judgment.

If the New York Court system is intended to adjudicate cases, awarding business owners and individuals monies they are entitled to, they are missing the mark. An influx of additional cases to an already overloaded and understaffed court system will create nothing but further delays. This may force creditors to abandon their cases as during the time it takes to prosecute the case, the debtor may have gone out of business, leaving the creditor without any way to recover on their debt collection case.

In fact, the real truth is that creditors with claims of any amount can bring their cases to New York’s supreme courts. They are not restricted by the amount of their claim like in civil court. If a case is unlikely to be defended or, can be easily won by motion for summary judgment, New York Supreme Court is a faster bet.

The real fix the New York courts need is additional judges and administrative staff: judges who can hear and decide cases and the staff to support the policies and procedures. No staff increases are expected at this time.

If you need help with a debt collection matter, contact Frank, Frank, Goldstein and Nager for a consultation. We have the experience that pays.