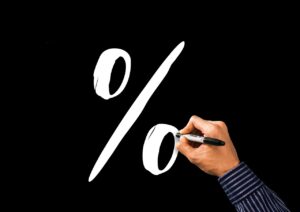 Until now, New York never differentiated between individuals and business entities (i.e. corporations, LLCs, LLPs, etc.) when it came to the legal interest that could be imputed or calculated and included in a money judgment. But, as New York continues to issue legislation aimed to increase consumer fairness, it’s starting to distinguish between consumers and corporations. The current legal rate of 9% interest charged to corporate entities will remain unchanged.

BIll #5724A will reduce the rate of interest that can be included in a judgment entered against a natural person in New York from 9% to 2% for claims arising out of consumer debt. Consumer debt defined as an “obligation of any natural person to pay money arising out of a transaction in which the money, property, insurance or services which are the subject of the transaction are primarily for personal, family, or household purposes.” The change in interest rate will be for judgments entered after the effective date of the law.

So where do the 2% and 9% rates of interest come in? Absent an agreement, the court imputes the interest. Even if you do not have a written agreement, if you supplied goods or services, you are still entitled to the legal rate of interest. For those interested, the text of the bill can be found here.

If you have questions related to an underlying claim, enforcing or vacating a judgment or restraint, contact Frank, Frank, Goldstein & Nager.