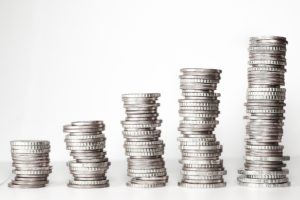 New York Governor Andrew Cuomo signed into law an amendment that allows creditors to file a claim from $5,000 to $10,000. Effective immediately, you can file a debt collection case on your own for up to $10,000 in the Courts of New York City.

How the Small Claims Court Limit May Effect Claims

The problem now, though, is that small claims courts are likely inundated with claims. And the process — although simple — will take longer, and could require multiple appearances in court for the case to be heard.

At the appearance, the claimant (also known as a creditor) may elect whether to proceed by an arbitrator or judge. If they accept the arbitrator, they may be heard that very same day. If they decide to have the case heard by a judge, they may need to come back several times to accommodate the judge’s schedule. Counsel cannot represent either party. An authorized person from your company must appear in the court on the hearing date — sometimes more than once — or your case will be dismissed.

Only individuals aged 18 years or older, can sue in small claims court. If you are younger, your parent or guardian can sue on your behalf. In order to file an action with small claims, you and your customer must be within city limits.

For those creditors who have not yet filed an action in one of the city’s small claims courts, the process is straightforward and user-friendly. You can read more about the court here. If your claim is for more than $10,000, reach out to us for a consultation to learn how to best proceed.