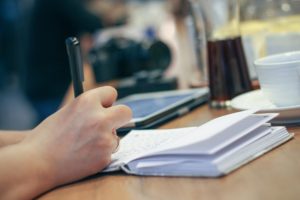 When a company incurs a debt but does not have enough cash to pay, it may issue a promissory note to memorialize the debt in writing. If you want to get paid in the future, it’s important to make sure your promissory note isn’t unenforceable.

For instance, if a person provides services to a start-up company that is unable to pay because it is low on cash, the start-up can issue a promissory note. The note indicates the monetary value of the person’s services and the date said value is to be paid by. Presumably, the note would be issued in conjunction with the services provided. The note is valid and enforceable because it is given in exchange for the services provided.

When a Promissory Note Is Past Consideration

However, some companies may have similar obligations for services provided but wait years before issuing a promissory note. For example, say a person provided accounting services to a startup without funds. Two years later, the startup, still without cash, wants to acknowledge the amount due. It issues a promissory note for $50,000.00 to the person for “past work on the company’s behalf.”

The Exception to the Rule

While you may feel comforted by a promissory note, unless the note contains the aforesaid required terms, you may be left with an unenforceable promissory note, and no means of compensation for the services rendered. If you’ve received a promissory note or are looking to collect an outstanding debt, contact Frank, Frank, Goldstein and Nager for a consultation.