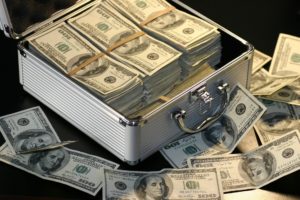 But companies “doing business” in New York that are not yet registered in the state may be required to post a bond to maintain their debt collection case.

A bond is not required in order to start a case. A non-resident creditor can begin the action the same way as any other creditor. The costs are the same. Non-residents do not pay more than New York-based companies or entities authorized to do business in the state.

The need to post a bond is not automatic. The requirement to post a bond is in the New York Civil Practice and Rules but is rarely invoked by the court on its own without a request by the debtor to maintain the action.

8501. Security for costs. (a) As of right. Except where the plaintiff has been granted permission to proceed as a poor person or is the petitioner in a habeas corpus proceeding, upon motion by the defendant without notice, the court or a judge thereof shall order security for costs to be given by the plaintiffs where none of them is a domestic corporation, a foreign corporation licensed to do business in the state or a resident of the state when the motion is made.

Paying the Bond and Fees

The bond, according to Neil Pedersen of The Pedersen Agency, is security for the costs of maintaining the litigation. The amount is determined and ordered by the court. For most debt collection cases in New York, the amount is typically between $250 to $500.

The bond is posted as a security for the costs of maintaining the litigation so in the event that the creditor fails to continue to prosecute their case, the other side could make an application to the court directing payment to the other side. The payment would be to partially reimburse the debtor’s defense.

According to Pedersen, the fee is a one-time nominal charge that’s dependant on the amount of the bond.

Our experience representing creditors that aren’t authorized in New York state is exactly as Pedersen describes. The nominal fee and the process to post the bond as security is easy and inexpensive. It should not deter out-of-state creditors from pursuing their customers in New York — assuming the other requirements have been met. For more information or to schedule a consult, contact Frank, Frank, Goldstein and Nager.