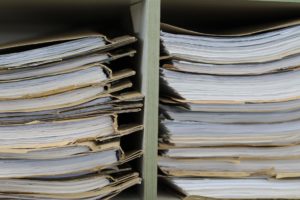 If you haven’t been paid, you may be wondering when you can file your New York debt collection case. Unfortunately, the answer is a bit complicated.

When New York first went into quarantine, all courts closed except for emergency-based applications.

Since then, the upper courts, the 62 counties of the New York State Supreme Courts, have re-opened virtually. Each court has different technology, so the degree of re-opening and ability to conduct business differs from county to county.

For debt collection and other types of cases previously filed in New York Supreme Courts, the judges have made progress in clearing much of the large backlog of undecided motions and conferenced cases, settling many.

The Current Status of the Courts

According to Chief Judge DiFiore’s May 11 message, the trial courts are using this social distancing time to resolve a large backlog of cases. The judges have been conferencing matters, facilitating decisions, catching up to clear motions, and settling of one-third of cases $40,000 or more. So far, the judges have written 9,000 decisions.

For those with existing, unresolved debt collection cases, the court’s progress is a step in the right direction.

But for those looking to file new cases or have litigation as an option should their client continue to not pay, the news is not so good.

The date for new filings has not been set.

Although many of the upper courts have e-filing, and civil courts a new document delivery system, the processing relies heavily on employee processing.

We anticipate a new surge of filings once restrictions are lifted. If a suit is warranted, advance the requisite court costs so we can draft the summons and complaint and be in a position to immediately file in the appropriate county once it re-opens.

You can expect fewer in-person appearances including trial and depositions and more virtual services. Cases will likely move forward faster than they did prior to the shutdown.

Expect courts to follow the governor’s re-opening plan, which will likely be staggered based on region. The courts will likely also:

Although the re-opening date for filing in every county has not yet been announced, expect new debt collection filings in New York to open soon as the county gears up its virtual re-openings. Advances in technology are underway.

If you are owed money or being pursued for payment, contact FFGN. We have the experience that pays.