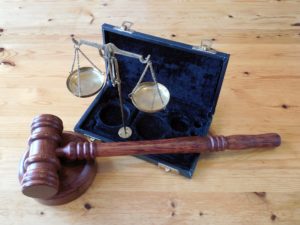 that New York state will no longer recognize a confession of judgment signed by an out-of-state resident — whether that’s a company or an individual. So what happens if your company is based in New York but your client lives in New Jersey? What will you do when they want to make a deal and reduce it to a writing, allowing you to enter judgment if their payment wasn’t made as promised?

Not to worry, a customer in New Jersey can sign a confession of judgment, too! If you work in New York, chances are you most likely work in New Jersey as well. After all, the two states are only a river apart.

Say the New Jersey-based customer you sold goods or provided services for owes you $50,000. You end up negotiating a settlement prior to filing a lawsuit against them but want the settlement to have some “teeth” to it in the event that the customer defaults. What is the fastest way for you to obtain a judgment against your debtor without having to litigate the entire case in court?

One tool is the confession of judgment. New York’s civil rules allow a party to sign an affidavit confessing they owe the other party a certain amount and authorizing the beneficiary party to file the affidavit with a New York state county clerk’s office to obtain a judgment for that amount.

Why Did the Rules Change?

The first time the borrower would hear of the judgment was after receiving a process server notice that the judgment was docketed in their home state or when notice was sent from the local sheriff that their wages were being garnished. New York has now amended its civil rules to state that confessions of judgment executed after August 30, 2019, by parties residing outside New York State are no longer enforceable. The amendment says that the confession must state the New York county where the defendant lived when it was executed and that the confession may only be filed in that county.

Confessions of Judgment in New Jersey

The court may want additional proof to ensure that the confession was duly executed, the person liable is living and was informed of the application, and that the debt or a part of it is unsatisfied. This might include proof of a statement of account or copies of unpaid invoices. The court may, if satisfied, enter a judgment satisfied with the proofs, enter a judgment for what the court finds due.

While an option for creditors, confessions of judgment are frowned upon due to unscrupulous predatory lenders abusing the system.

A Potential Change in Law

Like in New York, New Jersey lenders had out-of-state borrowers execute affidavits or certifications of judgment ready to file in the state in the event of a default. In an effort to combat this, last year the New Jersey Senate Commerce Committee advanced a bill that directly states no provider of funds or lender shall extend business financing contracts that contain judgment by confession provisions. A later revision of the bill added language that grants the New Jersey attorney general powers to impose financial penalties on those who violate the statute.

The bill still has to pass the state’s senate and assembly and receive the approval of the governor to become law. Given that the bill was written by a Democrat, both chambers are controlled by the Democrats, and the governor is a Democrat, the bill is likely to pass without opposition.

To learn more about your debt collection options in New York and New Jersey, contact FFGN for a consultation.