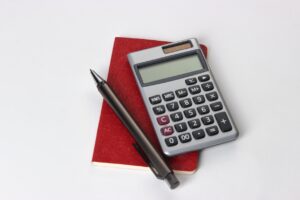 In the New York court system, under the circumstances above, the court may hold what is known as a “bifurcated trial.” Bifurcated trials are more prevalent in torts claims than contract claims, but they can occur in contract actions. In this type of trial, the court first holds a trial to determine the defendant’s liability. After liability has been ruled upon by the judge or jury, the court will hold a second trial to decide the amount of money the defendant owes the plaintiff. This amount is known as damages. This is different from a “unified trial” in which the court rules on both liability and damages in the same trial proceeding.

What Happens During a Bifurcated Trial

During the trial for liability in a contract claim, the creditor will provide testimony and evidence to establish the debtor and/or guarantor’s responsibility based on the signed documentation. The debtor and guarantor, assuming they oppose the plaintiff’s case, will provide testimony and evidence to refute the plaintiff’s claims. After a review of both sides’ arguments, the judge or jury will decide who is at fault. Assuming the party found at fault is the defendant, the court will order a second hearing to determine damages. This is when the billing issues come under review. The creditor will testify as to the amount due and use the poor billing statements as exhibits. The defendants will have an opportunity to present their argument and point out the issues with the billing. Once both sides submit their arguments, the court determines how much the debtor owes.

Alternatively, prior to trial, the plaintiff’s counsel could make a motion for summary judgment on liability based on the signed agreements. The defendant’s attorney would have a chance to oppose and then the judge would rule on the plaintiff’s motion. Assuming the judge granted the plaintiff’s motion for summary judgment, the judge would then order an inquest, a hearing on damages. At the hearing, the plaintiff presents the statements in question with testimony from a witness with personal knowledge of the facts. The defendant would have the opportunity to also question the witness and the court would then make a determination regarding the amount awarded to the Plaintiff.

The New York courts’ standard as to whether to hold a unified or bifurcated trial requires consideration of the facts and circumstances of the particular case. It is fact-specific. A bifurcated trial could be helpful in a circumstance where the liability is obvious, but the billing statements are problematic.

If you have a debt collection matter you need assistance with, contact Frank, Frank, Goldstein and Nager for a consultation. We have the experience that pays.