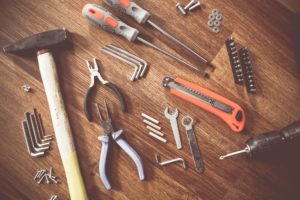 Filing a mechanic’s lien may not be enough to get paid. While it works as a lien on the real property you improved, if not voluntarily paid, you will have to make a decision regarding what to do next. The lien itself can not secure payment for monies owed. Here is an all too common scenario:

Since you filed the lien and have not received payment, you will need to decide which direction to take to secure payment.

In order to decide which route to take, you will need to consider the costs and fees involved in each of the scenarios, the legal process, the likelihood of success in obtaining judgment, and the likelihood of converting the judgment into cash.

Costs and fees to extend the mechanics lien will differ based upon the number of extensions.

For example, the initial filing of the lien should be relatively inexpensive. The first extension is easy as it is just a matter of processing paperwork without court permission. For the second extension (year three), an application must be made to the court for permission to extend. As the years progress, the amount of work increases. A firm familiar with mechanic’s liens should be able to keep the fees at a minimum. The out-of-pocket costs are minimal. However, if there are multiple tax liens and other liens, one would need to make an economic decision as to how much they wish to invest in filing or extending.

Foreclosing on a Mechanic’s Lien

When it comes to foreclosing on a mechanic’s lien, it’s important to understand:

Anyone who has a lien on the property can join in on your mechanic’s lien foreclosure action which could include the general contractor and other subcontractors/suppliers. Once you serve and file your summons and complaint, the other side and all those who filed liens may join in. Parties can defend, counterclaim and crossclaim against those involved in the project.

Once you serve and file your summons and complaint, the other side and all those who filed liens may join in. Parties can defend, counterclaim and crossclaim against those involved in the project. Common defenses and counterclaims include breach of contract and willful exaggeration of the amount of the lien.

If a lienor misstates the amount owed in their lien and demands more than what is owed, the property owner can look to have the lien declared void and ask that the court not grant recovery of the lien based on Section 39 of the Lien Law.

In addition, the property owner could ask for a penalty as well as any attorneys’ fees incurred while defending the action.

Other defenses and counterclaims include.

Crossclaims That Arise During Foreclosure Cases

Common crossclaims filed by others who have liens on the property usually include:

If you have questions about mechanic’s liens or beginning a mechanic’s lien foreclosure action, contact Frank, Frank, Goldstein and Nager for a consultation. We have the experience that pays.