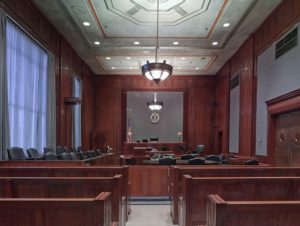 Unhappy with the decision rendered by the arbitrator(s) in your New York debt collection case? If so, you may have another chance to win your case by asking for a trial de novo.

Parties wishing to get another bite at the apple in the “Big Apple” can, without specifying a reason, ask for a do-over. The party that files for a trial, when allowed to do so, can make the arbitrator’s decision disappear and start anew “de novo.”

Many of the New York courts require arbitration for cases below a specific dollar amount. Retired judges or others appointed by the court act as arbitrators. The arbitrators listen to testimony and apply the same law that a judge would.

However, because the cases are heard by a single or panel (three) of arbitrators and not a judge, the court allows the parties a second chance.

New York allows litigants involved in New York debt collection cases subject to “mandatory arbitration” an opportunity to have their case heard by a judge by filing for a trial de novo. In essence, disregarding the decision of the arbitrator(s) to go to trial before a judge.

A party that did not participate in the arbitration cannot file for a trial de novo. The non-appearing party lost their opportunity to defend or prosecute their case and will not get an automatic chance at a “retry.” There are methods by which a non-appearance or participation in or at the arbitration may be excused.

The party seeking a trial de novo must file the necessary paperwork and pay the small requisite fee within a specified period of time. You can not wait. If you fail to file within the specified period of time, your right to have your case heard again is waived and the decision of the arbitrator(s) becomes final. There is no leeway in the time frame to file. If you fail to file, you lose the right just like with a mechanics lien.

Who Files a Demand for a Trial De Novo?

Oftentimes, those filing for a trial de novo are debtors who have lost cases. When the judgment gets awarded to the creditor and against the client or customer, a “debtor” may file for a trial de novo. Sometimes because the client/customer truly believes they do not owe the money.

A creditor may wish to file for a trial de novo if they were unable to relay the facts at the hearing or submit proof needed to win their case,

Although it seems like an endless cycle, it is not. Whether it’s worth it? That’s something a seasoned collection attorney can help you decide.

If you’re unhappy with the result of your arbitration or looking to pursue a trial de novo for debt collection, contact Frank, Frank, Goldstein and Nager for a consultation.