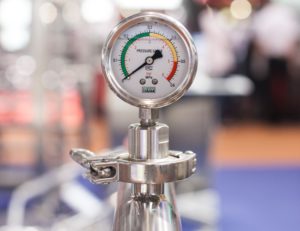 When a client is ignoring your demands for payments, you need to do something to move debt collection forward. That something is applying the right amount of pressure.

Professionally speaking, you do not want to strongarm your client or have your actions considered harassment, intimidation or any other unethical behavior.

How much pressure to apply depends on what stage of collections you are in. The goal is to apply enough pressure so that the debtor must pay. Apply too much pressure and you run the risk of putting them out of business.

The following are examples from two recent cases in which we sued and obtained judgments.

Our first case study is a case we handled for an NYC client, a mill worker. The client was a subcontractor on many jobs for the same general contractor. The parties had a long-standing relationship. Over the years, the general contractor would pay him about 80%-90%, leaving 10-20% of the contracted price unpaid.

The pressure of a demand and call(s) resulted in an offer of $40,000, far below what the client was owed and so the suit was authorized. The time of filing and service of the summons is another “pressure point” since now the lawsuit becomes a public record.

After winning a summary judgment for the full amount owed with interest, the judgment was entered. Getting a judgment entered can be a pressure point as well. Some people will not work with a general contractor when there is evidence they do not pay their subcontractors.

The payment was not forthcoming, so we moved forward with judgment enforcement. The client had stored copies of past payments received from the general contractor, which enabled us to restrain the debtor’s bank account immediately. The debtor still didn’t respond. The balance on hand was only a portion of the money owed. We had not found his second or third bank account.

Rather than search for accounts, which could take a while, we decided to put the pressure on the debtor by sending out subpoenas to the building managers and owners where the debtor worked and was still working. The subpoenas were for information and to restrain monies owed as well as copies of past payments.

This general contractor seemed to do many jobs within the same building. Our client, of course, had the information about the jobs since he worked on many of them himself. For others, we were able to obtain permit information from the city website.

Contacting the debtor’s connections brought the debtor to the table. It enabled us to settle the case for far more than the initial paltry offer of $40,000.

For this claim, there was no contact with the debtor. The client, a fabricator in NY placed the claim for demand. The debtor, also a general contractor, was operating from an apartment in Flushing, NY. The debtor would place orders and pick up. The client had the specs of the projects without much more information.

In this case, the debtor never responded. When they didn’t respond to the demand or suit, we obtained a default judgment.

Similar to the first case, we had information regarding the projects. And began the process of sending information subpoenas with restraining notices to many of the site owners. The result was similar. We brought the debtor to the table and they paid.

When working to get our clients paid, we try to apply just the right amount of pressure to move the case forward. We want to make sure that the debtor stays in business to pay our clients. Want to bring your non-paying client to the table? Send us an email or call (212) 686-0100.