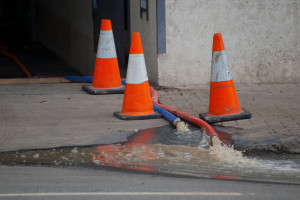 Duty to Mitigate… what? As a party that has not been paid you still owe the non paying customer a duty.

If you are to move a commercial debt collection case to legal i.e. Arbitrate, mediate  or litigate, eyes will be on you. The burden of proof is yours.  As Plaintiff creditor you are charged with the task of proving that you performed under the terms of the agreement and deserve to be paid.  The Arbitrator, Mediator or Judge may very well look to you to see if you could have minimized or limited your money damages by taking action. You, as creditor, may have needed to take affirmative actions to reduce your loss and minimize what the non-paying client owes.

Take for example if you were a landlord whose tenant skipped out in the middle of a lease term.  The tenant may have had an additional year and a half left on the lease for which they should have been paying $3,000.00 per month. You therefore pursue the nonpaying “skipped” tenant for the 18 months owed on the lease, a total of $54,000.00. Not so fast.  The Courts Mediator/Arbitrator either independently or upon debtor’s request, will look to see if you had attempted to re-rent the apartment for a reasonable sum.  Assuming you had, you took action to mitigate or lessen your money damages. By doing so you would have made yourself at least partially whole and sought fewer dollars from the skipped tenant.

We currently have such a case filed with the Supreme Court of New York, New York County.  The case is against a Manhattan Socialite who had rented a house in Beverly Hills.  The Socialite skipped on the lease and returned to her New York residence.  The main defense in the case is that the creditor failed to mitigate his damages.  Although the creditor landlord had shown the house several times the court found that the creditor attempts were futile, at best. The Landlord had not made a true attempt to minimize damages. The Court therefore reduced the amount sought in half, holding the Landlord creditor responsible for failure to re-rent the home.

The common defense that a creditor failed to mitigate damages should be anticipated.  Creditors must do everything possible to mitigate damages.  But how? The answer depends upon the underlying transaction and industry.  For example: goods not specially manufactured may need to be sold to an independent third party, secured assets (i.e.  Boats, automobiles, etc) repossessed by the secured party and sold at commercial auction at a reasonable sales price before pursuing the non-paying customer for the amount owed.

If you entered into a transaction and the customer did not pay you, contact the law firm of Frank, Frank, Goldstein and Nager P.C. at 212-686-0100 or jnager@ffgnesqs.com  to discuss what can be done to get paid.