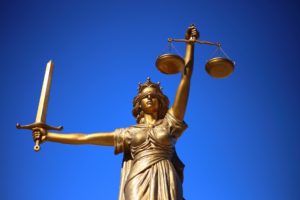 The world has been greatly impacted by COVID-19. Non-essential workers are confined to their homes and working remotely, if possible. Even the New York civil court system has been affected. On March 22, 2020, the New York Court Administration said all non-emergency state civil court filings would not be accepted, either electronically or by mail, including the filing of new cases. While New York state courts are essentially closed, creditors may be able to bring their debt collection cases to federal court.

The federal court filing system still permits new case filings. However, there are a number of considerations that must be made before filing in federal court. The Federal filing system is called (CM/ECF), which stands for “case management/electronic case files,” All cases and documents for said cases are filed electronically and uploaded using the CM/ECF system. In order to file a case using a New York attorney, that attorney must:

Does the Court Have Jurisdiction to Hear the Case?

Under the Federal Rules of Civil Procedure (FRCP), a federal court has jurisdiction to hear a case if:

Most debt collection cases are usually brought in state court as opposed to federal court since state laws typically govern cases for breach of contract. However, the second way the federal court can hear a debt collection case is based on what is called “diversity jurisdiction.” Put simply, if your defendant is based in New York, but your company is located in another state (or country/territory), and the amount being sued for exceeds $75,000.00, then under the U.S. Constitution, the federal court has jurisdiction to hear the case.

Obviously, this does not apply to New York companies that wish to sue other New York companies. However, if you are a New Jersey or Connecticut company owed over $75,000.00 by a New York debtor then suing in federal court is an option, even if your suit is not based on federal law.

If you are a New York company and wish to sue a New Jersey debtor in federal court, unless your contract with the debtor specifically states that any suit must be brought in the Southern or Eastern Districts of New York, you would have to sue the debtor in the jurisdiction where the debtor resides. This would require hiring local counsel in New Jersey to both obtain the judgment and then collect in that jurisdiction. Diversity jurisdiction can only be used by plaintiffs in either New Jersey or Connecticut who wish to collect debts from New York debtors for amounts over $75,000.00.

How Much Does It Cost to File in Federal Court?

An index number is $210.00 to bring suit In New York for amounts over $25,000.00 in the five boroughs or amounts over $15,000.00 in Nassau or Suffolk. A Request for Judicial Intervention (RJI), which requests a judge’s entry into a case, costs $95.00. Every motion fee is $45.00. In Federal court, all cases are brought electronically. A case number costs $400.00 but there are no additional fees for motions, and there is no need for an RJI because a judge is automatically assigned a case after it is filed online.

Discovery in federal courts moves faster because each case has a judge from the start. The court requires status conferences to make sure the required discovery deadlines are kept. In state courts, until an RJI is filed, cases can languish unless moved along by attorneys. In the current Covid-19 environment, conferences and proceedings have been transitioned to virtual conferences. State courts have also transitioned non-essential cases to video conferences so they also can proceed. Filing new civil cases is still not permitted, for now.

Once the case has been adjudicated and you have your judgment, it must be docketed with the state. The federal court will print an abstract of judgment, which is stamped by the clerk of the federal court. That abstract needs to be filed in the county clerk’s office where the U.S. district court is located. This converts the federal judgment into a state supreme court judgment under the case’s federal case number. The same federal case number can be used to execute on the debtor’s assets.

While many avenues are closed to creditors to collect debts in the current environment, the federal courts in New York still remain an option for those who are able to sue a debtor under federal law. To learn more about this option and get a consultation, contact Frank, Frank, Goldstein & Nager.