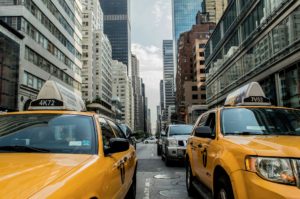 That out-of-state creditor was Northern Leasing, which financed agreements for credit card processing equipment. Northern Leasing and its affiliates, were the plaintiff in more than 30,000 cases.

Schneiderman and Fisher’s lawsuit details the large volume of cases brought by the out-of-state creditor and its affiliated companies against non-residents of New York state. Court documents detail the sheer number of cases brought by the law firm on behalf of their out of state creditors. The cases went to New York courts despite the fact neither the plaintiff, it’s affiliate companies nor 95% of the lessee borrowers had any connection to the state.

It should be noted that out-of-state creditors are able to pick New York as a place to air their disputes. They can do so by providing a venue clause in their contract, having any dispute heard by and decided by the New York state courts.

The courts do not require either party to have a connection to the state.

However, in this situation, the sheer volume of cases filed — the plaintiff and its counsel obtaining more than 19,000 default judgments — have taken a toll on the New York county civil court system for years. Actions that delay the court’s ability to preside over your New York debt collection case.

In 2014 alone, the plaintiff obtained 4,124 judgments, representing more than 40% of the 9,933 default judgments entered in the New York county civil court. A year later, they obtained close to half of all judgments.

In addition to the volume of cases filed, the case highlights multiple reasons as to why the leases appear suspect.

The leases are, according to the attorney general, suspect and used as a vehicle to commit fraud. The leases seem to be never-ending. The lessee signs off that the equipment is in good condition before receiving the equipment. The payments exceed the value of the machine, which makes it difficult to return the equipment at the end of the four-year lease period. It’s also said there were lessees signature forgeries, the print illegible, the terms one-sided to favor the creditor, and more.

The litigation against the leasing company, its affiliates, and attorneys continues. However, the effect of the cases filed is burdensome.