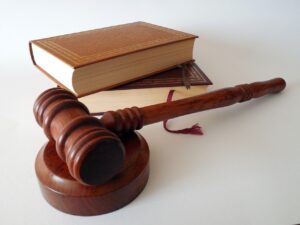 There are a number of new developments in New York State legislation that will change New York debt collection law and likely impact your receivables and collection claims, and ultimately your bottom line.

In November, New York Governor Kathy Hochul signed the Consumer Fairness Act, which takes effect on May 22, 2022, six months after the bill was signed into law. The new law has a direct impact on the collection of consumer claims within New York State and covers in-house collections efforts as well as those placed with a third-party debt collector including a collection attorney or agency.

There is one change that is most significant and, if you are working with consumers, will directly affect you. Most significantly, the Act reduces the statute of limitations — the period of time in which you have to file suit against a consumer debtor — from six years to three years.

The statute of limitations begins from the date the service was rendered or goods were delivered, rather than from the date invoiced. There are ways to extend or toll the statute, such as when the debtor or customer makes an on account payment during the three-year active period or acknowledges in writing that the debt is due and promises to pay. We wrote about what you need to know about the statute of limitations in New York debt collection cases. Once the statute lapses, the on-account payment will no longer revive the debt.

The act includes other requirements, such as to attach documentation to pleadings which include copies of the underlying agreement including the contract, the last four digits of the account, statements, and more.

If you have claims that are consumer in nature and you are close to the three-year statute and have not been able to elicit a response, review the claims and consider sending them to FFG&N or another collection firm.

You may also want to become familiar with what will be required to support your consumer collection efforts come May so that you are up and running when the law is in effect.

Similarly, if you have a payment arrangement with a customer who is a consumer you should have the consumer confirm owing the debt and include a promise to pay. In this case, the best practice would be to have the consumer, if within New York, execute a confession of judgment (which is valid and can be filed for up to three years), and will allow you to bypass litigation if payments are not made.

The bill also has other provisions and requirements of the Act, including the reduction in interest on consumer claims from 9% to 2%.

FFG&N will keep you updated with recommendations as the deadline nears.