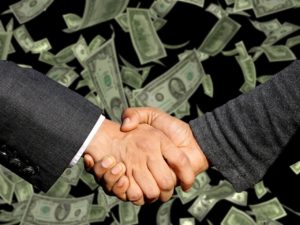 You agreed to settle and now, before signing the paperwork, have second thoughts because you are not happy about the terms of the settlement. Can you change your mind about settling your New York debt collection case?

During a legal case, all parties may agree the case should be settled. If the parties settle on an amount one must pay the other, all claims and counterclaims get discontinued and general releases provided pending the clearance of the payment(s).

Alternatively, the parties may decide upon a mutual “walkaway” where neither party receives any money. In this scenario, both parties discontinue their actions and general releases provided. In order to have a binding settlement agreement, the attorneys will draft and negotiate settlement terms in accordance with their client’s authorization.

To enforce a settlement in New York, agreements must be signed by the party or their attorney. All material terms must be set forth and there must be manifestation of mutual assent as well. An exchange of email may constitute a binding stipulation pursuant to the New York Civil Rules.

A client can be bound by the acts of his attorney if your attorney has agreed to settle your case. In a recent decision by the Appellate Division, Forcelli v. Gelco Corp., the court found that where an email message contained all material terms of a settlement and a “manifestation of mutual accord, and the party to be charged, or his agent (in this case, his attorney), typed his or her name under circumstances manifesting an intent that the name be treated as a signature, such an email message could be deemed a subscribed writing within the meaning of CPLR 2104,” making it an enforceable agreement.

The Plaintiff signed the release pursuant to the terms. When the Defendant later failed to pay the $230,000.00 and declared there “was no settlement consummated,” the court found and the Appellate Division upheld that Ms. Greene’s email constituted a binding written settlement agreement. In this particular instance, you are bound by the terms and not permitted to change your mind.

But, what if during the course of memorializing the settlement, one of the parties’ attorneys adds an additional term or two to the agreement that the parties had not discussed? The addition may or not be minor but may change the tone or intention of the settlement.

During the course of finalizing the settlement, the plaintiff advises the defendant’s counsel that the general release should include other parties who were not named as parties in the litigation.

The defendant’s attorney forwards the agreement to her client for signature and requests the plaintiff’s attorney do the same. However, upon seeing the additional entities added to the terms of the agreement, the defendant puts the breaks on and refuses to sign the documents. The settlement is consequently never signed by the defendant.

Can the Defendant Change Their Mind?

For an assessment of your debt collection needs, contact Frank, Frank, Goldstein and Nager for a consultation.