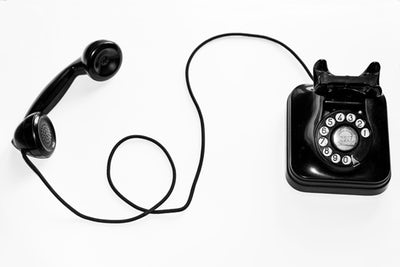 The IRS often contracts debt collection firms to collect from debtors. Collection firms are allowed to make demands by letter but not over the phone. The IRS thought phone calls would confuse taxpayers — not knowing if the calls were real or part of a scam.

In our experience, letters don’t always make the phone ring.

Could the low collection rate have something to do with the fact that the agencies aren’t allowed to make debt collection calls? When someone receives a letter, they might throw it away. If you are lucky, they’ll pick up the phone and make arrangements to pay — or they might just save the letter for later. A series of letters barely raises the rate of return on bad debt.

But when the letter is coupled with a successful call, your chances of collecting are far greater.

Since they’ve already received the demand letter or lawyer’s letter, the debtor will recognize the firm’s name when receiving the call. Speaking over the phone can be a pivotal moment. Think of it as a sales call, converting the debtor into a payor and reaching an amicable resolution.

Make sure a phone call is part of the service when outsourcing your bad debt for collection. Ask the collection firm about their approach and whether or not they make calls.

The agency has one chance to make the best impression to collect a payment. The goal of the call is to get you paid without needing to go to court.