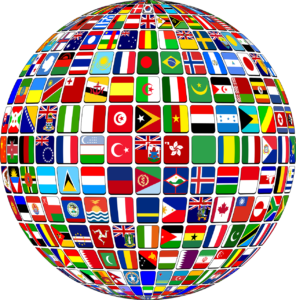 Now, what if you have a judgment from Canada and wish to domesticate the judgment in New York?

Assuming the defendant appeared in the original judgment, there is no mechanism to simply “docket” a foreign country judgment on the merits as a plaintiff could with a sister U.S. state or a U.S. territory judgment. The rules for domesticating are different and governed by Article 53 of the CPLR. First, in order to enter a foreign country judgment in New York, the original judgment must be considered final, conclusive, and enforceable when rendered, whether an appeal is pending or not.

While a judgment being “final, conclusive and enforceable” may be assumed as a given in any country where entered, this is not the case. The New York rules particularly state that a judgment is not to be considered conclusive if:

Types of Foreign Judgments Not Recognized

Examples of judgments not being recognized in New York include the court finding that the judicial system of post-1979 Iran lacked procedural due process and most recently, where one of the reasons for the court’s denial of recognition of an Ecuadorian judgment was that the Ecuadorian legal system was in a state of a constitutional crisis and did not provide impartial tribunals. Another example is where a company attempted to domesticate a judgment from Liberia. The New York court found that Liberian courts, despite having constitutional protections, were in a state of civil disarray due to the civil war and unlikely to dispense impartial justice. Thus summary judgment was granted in the defendant’s favor.

Assuming the foreign country judgment is deemed to be conclusive in accordance with the New York rules, there are other grounds for possible non-recognition by the New York courts, which include whether:

If the cause of action resulted in a defamation judgment obtained in a foreign country, the court before which the matter is brought is in New York first determines whether the defamation law applied in the foreign court provided at least as much protection for freedom of speech as would be provided by both the United States and New York constitutions.

Now, assuming the judgment satisfies all of the aforesaid concerns, in order to have the judgment filed in New York, the creditor’s New York attorney can either file a summons and complaint on the foreign country judgment, or a motion for summary judgment in lieu of the complaint, with an authenticated copy of the judgment as an exhibit.

After the defendant is served, the plaintiff will have to demonstrate to the court through motion documents that the judgment was final, conclusive and enforceable, and satisfies all of the previously mentioned concerns that would prevent non-recognition in New York state. The plaintiff will have to demonstrate that the defendant(s) were served and accorded due process in the original action and that judgment was validly entered in a foreign state that provides impartial tribunals or procedures compatible with the requirements of due process of law.

As can be seen by the requirements of the New York civil rules, whether a foreign country judgment can be entered in New York requires a different level of examination than that of judgments entered in other U.S. States or territories.

If you need help domesticating a foreign country judgment in New York, contact Frank, Frank, Goldstein and Nager for a free consultation. We have the experience that pays.