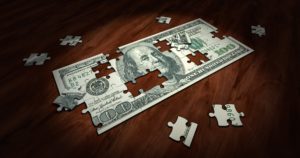 If sued in New York, withholding wages from your employees can cost you more than just their unpaid salary. An employee can file a civil action to collect unpaid wages. As part of the lawsuit, the begrudged employee can ask the court to award additional damages to punish you for wrongdoing.

The punishment — or in polite terms, “penalty” — is referred to as “liquidated damages” under New York state law. Specifically, the unpaid employee can demand relief against you, which can include:

What happens if the underpayment or non-payment was an error? You meant to pay or paid part but not the full amount? Don’t worry. As long as the omission was done in good faith, you may be able to escape the penalty of paying the additional 100% of the unpaid wages. That’s because the statute allows an exception if the employer “proves a good faith basis” that the underpayment was in compliance with the law. What constitutes “good faith” is something you should discuss with your labor law attorney.

For more information about debt collection and best practices for your business, reach out to Frank, Frank, Goldstein and Nager.