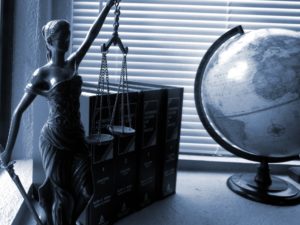 New York creditors who sign affidavits before a notary fulfill all the requirements for the affidavit to be considered as testimony. In the court system, if the notary is a New York notary the court will accept the affidavit without needing further documentation.

But if someone wants to submit an affidavit notarized outside New York, it can get complicated.

Other states and foreign countries have different notarial procedures than New York. Because of that, New York courts require a notarized signature executed outside New York to come with a Certificate of Conformity.

How to Execute an Affidavit Abroad

Further complications can arise when having an affidavit executed and acknowledged outside the United States. Affidavits notarized in a different language must be both accompanied by a certificate of conformity, as well as a certified translation of the affidavit and notary into English.

That can be burdensome for a person just looking to submit a signed affidavit to court.

In order to avoid any issues with a foreign notary, and to make sure that the affidavit will be considered by the court as testimony in support of their New York debt collection case, a person in a foreign country can walk into a U.S. mission overseas and sign the affidavit by apostille. New York accepts the apostille certification stamp as valid authentication. Similarly, an individual can go to any overseas consulate or embassy of a participating member of the convention to have the document executed by apostille, which will also be accepted in New York.

Apostille certifications are considered valid certifications by the courts pursuant to the Hague Convention. However  New York courts will still  an accompanying  certificate of conformity.

Apostille certifications together with an accompanying certificate of conformity ensure foreign creditors will have their testimony considered by the New York Court presiding over their case.

To learn more about collecting a debt in New York, reach out to Frank, Frank, Goldstein, and Nager for a consultation.