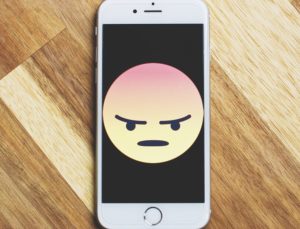 Disparaging remarks added to the sting of not getting paid is upsetting. What makes it worse is when a client fabricates a reason for non-payment, which is downright untruthful.

You may know the drill.

There is a quick flurry of emails back and forth; insults hurled from one to the other. Added to the experience might include an exchange on the street, angry calls, disparaging remarks related to debt collection, raised voices on cell phones.

Disparaging remarks, all too common.

An extreme example is what has happened recently. How could we miss the news report? The lawyer tossed out of his office building and shunned by most because of his behavior degrading and disparaging the ethnicity of staff at a midtown restaurant. Forced out of his office and now there are hundreds of negative YELP reviews, and more aimed to strip the lawyer of what remains of his practice.

Although the direct exchange between creditor and debtor ceases once placing a claim for collection. But, what becomes all too common is the sharing of your thoughts about the other party on social media.

It appears fear of libel and slander are a thing of the Past. Those with vendettas purposefully place negative reviews and may rant on social media sites.

How do disparaging remarks play a part in debt collection?

Pleadings in breach of contract cases and debt collection claims are public record. Anyone can view one parties’ allegation against another claiming non-payment. Sometimes those allegations are met by allegations of improper conduct or other behavior that would supposedly justify the client’s non-payment. The client may then counterclaim against the creditor alleging that because if the creditor’s actions, his business was harmed and that the creditor owes him money. In other words, there is a legal amplification of the emails or calls.

Cases settle even with tempers flaring. Forgive but don’t forget may be the motto of some. It is for this and other reasons that you should, as part of any he settlement agreement, include a clause that both parties agree not to disparage or impugn the reputation of the other party.

Yes, in the spirit of settlement you can limit the parties’ right to free speech, even in a debt collection action.

Failing to include a clause that restricts the parties’ abilities to later slam one another, on or off social media, is tantamount to slowly opening a can of worms.

Don’t risk the reputation of your business. You can benefit by having a New York Collections Attorney handle you claim. If you have any questions or would like a consultation to explore the merits of your debt collection case, please contact us. Helping you collect is all we do.