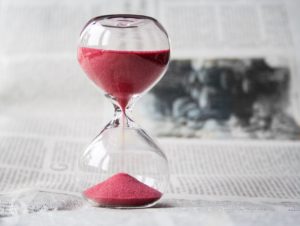 Our client is an independent contractor. He and the debtor company had been working together for well over a year. Suddenly, the company became delinquent on the weekly compensation. As a remedy, the debtor company’s principal issued a series of postdated checks to our client dated six months out. The parties continued their working arrangement. Six months later, our client began depositing the post-dated checks. One by one the checks returned. Each check was unpaid due to insufficient funds and that added to the debt.

Our office agreed to pursue collection of the claim. The debtor contacted us immediately and his counsel next. He asked his counsel to negotiate a deal. Acts assumed to be in good faith brought about new terms and arrangements that our client agreed to along with other representations. However, the debtor and their counsel never followed through with the execution of an agreement or payment.

Next up: NYC Debt Collection Litigation

The next step was to institute a lawsuit. To our surprise, we received a new offer of most favorable terms from the debtor and his counsel. Once again, the debtor failed to consummate the deal and we instructed them to defend the case as we pursued the claim against them.

Another attorney, who was to represent the same debtor business in the litigation, contacted us. That attorney requested an extension, which we declined. We communicated the denial for a further extension advising them that it was inherently obvious that debtor’s attempt to renegotiate the deal was yet another delay tactic.

This scenario is not indicative of all settlement negotiations on claims or lawsuits. However, there are some cases, from time to time, where the attempt to renegotiate a previously agreed upon deal is nothing more than a stall tactic.

Delay Tactics Can Be Profitable for Debtor

Perhaps a bit different, this other attempt to renegotiate a previously agreed upon deal happens almost daily for many businesses. Clients that agree to a price, than in attempts to obtain discounts look for reasons to reduce the price and may even go as far as to fail to pay. Then, once there is placement for internal or extremal collections, the debtor looks to settle for less than the entire balance.

And then there are those customers, such as the one involved in our claim, that wants several bites at the apple. At some point, hopefully, sooner rather than later, it is apparent to all parties involved that the debtor has no intention of paying. That’s when it’s time to move forward to legal collections. And, since a corporation cannot represent itself in legal proceedings, the delinquent customer is going to have to pay to continue to stall.

When it becomes apparent that the attempts to renegotiate are merely delay tactics, it is time to say that enough is enough. Put your foot down and say that’s it. Make the deal or defend.