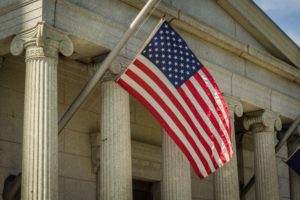 Domesticating a judgment in New York obtained out of state, to the dismay of some, is not automatic. New York does not allow the automatic registration of a judgment obtained on default from another state. Domesticating a sister-state judgment and converting it to a NY judgment requires filing a lawsuit. It is, therefore, important to understand the defenses available to someone contesting the domestication of the out-of-state judgment in New York. This also may be a good time to mention that out-of-state judgments are not treated the same as federal judgments.

It is New York’s policy to recognize the full faith and credit clause of the US Constitution. As you know, that clause requires the judgment of one state court to have the same credit, validity, and effect. That holds in every other court of the United States, and that includes New York.

Additionally, New York courts have found that a default judgment of a sister state deserves full faith and credit for two reasons. And those reasons deal with jurisdiction:

In general, if there is no challenge to jurisdiction in the state that rendered the judgment, full faith and credit must be accorded to the foreign judgment.

Courts of New York state must enforce judgments rendered in other states. Lack of personal jurisdiction is the only basis on which to attack the merits of a sister-state judgment. The issues that New York courts can properly review with domestication out-of-state default judgments are:

Domesticating a Judgment in New York – Only One Issue Counts

Despite the court’s limited scope of review, there are those defendants seeking to oppose domestication of the sister-state judgment in New York who pile it on and throw in the “kitchen sink” defense. What should the court do with those? The New York court should only consider the jurisdiction issue. Consequently, other defenses are improper. A review of a foreign judgment has limitations. It may only determine whether the rendering court had jurisdiction over the nonappearing party.